skip to main | skip to sidebar

Why your story needs a moral dilemma 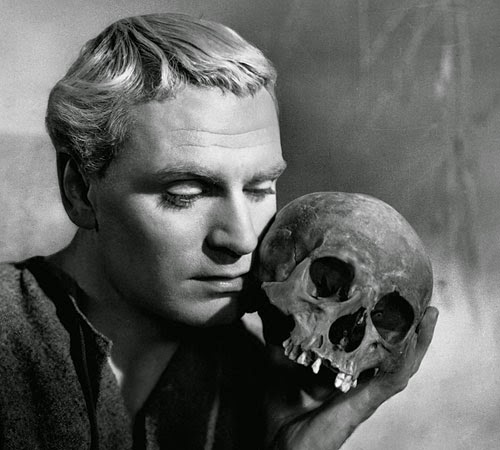 Before you continue reading, take pen and paper. Don't use your laptop or tablet for this, some things need to be done the old fashioned way. Now write down the most despicable act you can think of. Make sure to be specific: use a detailed example. If you think there is nothing more despicable than animal cruelty, write: "I think it is utterly despicable when a man tortures kittens and enjoys doing so" instead of just writing down "animal cruelty". Okay, now put down the paper and read on. We'll get back to this later.

Every story has an ethical dimension. As I wrote earlier, your plot should make clear (1) why the main character sets him- or herself which aim; (2) how he or she gathered the means to reach this aim; (3) in which way the aim was reached or not reached; and (4) what the consequences of all of this are. So far, I haven't spoken about (4) extensively, but this is a very important part of your storytelling. If your story ends, for example, with "And they lived happily ever after", this means that the aim the main character set him- or herself, the fact that he or she attained this aim and the means he or she used to do so were right - they led to happiness. At the end of Shakespeare's famous play Hamlet, almost all characters are dead. This is Hamlet's phase (4) and what it tells us is that something went horribly wrong: Hamlet either set himself the wrong aim, gathered the wrong means or tried to achieve his aim in the wrong way - or all of these. In other words, the actions of the main character are judged - even if this is only done implicitly - by the end of your story. Even in the case of an open end, there is still some judgement - although in this case, it is the reader who will have to do the judging.

Storytelling as a laboratory for ethics

It is because of this reason that French philosopher Paul Ricoeur  has called storytelling an ethical laboratory. Since the way a good plot ensures that the end always implies a judgement on what happens during the rest of the story, storytelling has always functioned as a means to explore what's wrong or what's right. It is therefore also important to remember that the storyteller does not always agree with the ethical judgement of his or her story: I could tell a story in which a corrupt banker becomes richt beyond imagination and lives happily ever after, but that does not mean I think corrupt banking is awesome. It is precisely because most members of my audience will feel that the corrupt banker does not deserve to live happily ever after, that my story will make people think about a world in which corrupt bankers become rich beyond imagination.

Ethics is thinking about morality, about our norms and values, about rules about what is considered good and bad and what we ourselves feel is good and bad. Ethical reflection is asking questions about what we consider morally right; why we should live a moral life - or not; and about under which conditions a moral life is at all possible. And since the very beginning of human civilisation, storytelling has been used not only to instruct people in what is morally right and wrong, but also to make people reflect on what is considered right and wrong - and whether we should maybe change our mind about this.

Point of view and morality

Last week I talked about point of view. And point of view is one of the most useful tools to explore morality in your storytelling. It allows you to make your audience see the world from a point of view they would otherwise never have considered. This can used for several things. One is to create understanding. What is it like to be discriminated against, to be bullied, what is it like to be the person your audience would consider 'the enemy'? The other is to show that even the most despicable act, the most ugly form of evil still is a human action. All too often we place what we consider evil outside the realm of humanity, so that we don't have to worry about it. However, by providing the point of view of an 'evil' person in your storytelling, you can show people the human side of evil.

How moral dilemmas improve your storytelling

But why would you do this? Maybe you really want to make your audience stop and think about ethical issues. But even if you just want to entertain your audience, it is still a good idea to have some kind of moral dilemma in your storytelling, to have your main character face a choice about what is the right thing to do. After all, we want our storytelling to be an experience and our audience to care for our main character. And one of the best ways to involve our audience is by making them wonder: what would I do in that position?

Now, back to what I asked you to do at the beginning of this article. I assume that you're reading these articles because you want to be a storyteller or improve your storytelling. And here's an exercise that is guaranteed to help you with that. Look again at the piece of paper on which you wrote down what you thought is the most despicable human act possible. I want you to tell a story from the point of view of the person committing this act. Many of you will reel at the thought of doing so, but I've done this exercise with groups of students and afterwards they always agree this is an extremely powerful and useful thing to do. If you want your storytelling to make a lasting impression, it has to offer experiences that are deeper, richer and especially different from what your audience is used to. And these kind of experiences are most likely not to be found in your comfort zone. So you will have to learn to move beyond your comfort zone and nothing will help you with that more than this particular exercise. Good luck.

And feel free to send me the results!

This is the fifth post in a series of seven articles about storytelling.

6. Why Your Story Needs a Moral Dilemma
7. The Fifth Element of Storytelling
Posted by Sjoerd-Jeroen Moenandar at 14:31